AES UK Conferences would not take place without the support of a wide range of companies from the UK Audio community.

Please visit our sponsor’s webpages and follow them on social media.

We would like to thank our sponsors for their ongoing support. 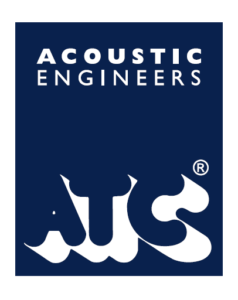 ATC, Acoustic Transducer Company, is a specialist British manufacturer of loudspeaker drive units and complete sound reproduction systems, including the relevant electronic equipment.  All systems and components are designed and built in-house, to achieve levels of performance far in excess of the industry norm. This is achieved by adopting a thoroughly professional engineering approach to the issue of basic design, materials science and production technology.

Acustica Audio creates faithful software plug-in emulations of rare vintage or modern hardware gear and new hybrids impossible in the analogue domain. Acustica’s development approach is unique for the market and it is based on dynamic sampling and Volterra series nonlinear convolution. This approach allows for the creation of plug-ins that deliver accurate phase and transient response, and gear-like tone which will make you smile! This makes Acustica’s products very suitable for mastering applications. Examples of possible emulations include equalisers, compressors, circuit distortions/colours, flangers, analogue or digital reverbs, acoustics of real spaces, clippers, microphones and loudspeakers, echos units, dynamic equalisers, and others. Acustica also builds dedicated analogue circuits in order to sample and include these in their software. Their main product, the ‘Nebula’ gear sampler, is in version 4 now and it has been around since 2005. N4 and the free N4 Player are both capable of loading 3rd party gear libraries. The company website hosts the official online store for such libraries and an entire line of standalone Nebula-based plug-ins known as ‘the Aqua range’

Crispin Herrod-Taylor, the technical partner at Crookwood has been inventing with audio since his school days, initially making guitar amps, then Hi-Fi.  After getting a BSc in Physics, he went on to work for Hi-Fi pioneers, Meridian, and then jumped ship to SSL. He was with SSL for 5 incredible years, when they were at the peak of their power, and the world was their oyster. Crispin got to work on 4K’s, 5K’s (film and broadcast), and digi stuff.  Finally before he co-founded Crookwood, he got to work for Focusrite, designing the last big format console, the Focusrite Studio Console, and spent a brief time consulting for DigiDesign.

Crookwood was founded in 1992, and is widely known for their modular mastering consoles. As each console can be slightly different, over the years he’s worked with over 1000 top mastering engineers across the world to understand their workflow, rooms and installations and has a wide knowledge on the challenges facing modern mastering, whether they’re working with vinyl, ITB or analogue heaven.

Dangerous Music is composed exclusively of musicians, studio owners, producers and engineers – the very same group of people for whom Dangerous products are designed. That’s the magic: living the recording experience on both sides of the control room glass and constantly working to improve it. (Without the bean counters).

From the inception, building to a “price point” was ignored in favor of: Audio Quality First – sonic integrity is non-negotiable. The brain trust at Dangerous determines the product’s function, feature set and how to make it sound as transparent and musical as humanly possible. Building the gear they want to use.

iZotope makes innovative products that inspire and enable people to be creative. Based in Cambridge, Massachusetts, iZotope has spent over a decade developing award-winning products and audio technologies for professionals and hobbyists alike.

KEF has been at the forefront of loudspeaker design and technology for more than 55 years. Its technical expertise and innovative designs grace anything from discreet Custom Install Ci speakers to multi-award winning home theatre systems and class-leading, serious Hi-Fi stereo speakers. From 1961 KEF has been the most forward thinking and technologically advanced Hi-Fi manufacturer in the world.

Using pioneering scientific research into how people hear, the MQA team has created a technology that captures the sound of the original studio performance. The master MQA file is fully authenticated and is small enough to stream, while also being backward compatible, so you can play MQA music on any device. MQA’s award-winning technology is licensed by labels, music services and hardware manufacturers worldwide and is certified by the RIAA. MQA is a UK-based private company.

Founded in 1991 by Peter Thomas of the BBC and Adrian Loader of FWO Bauch. The combination of knowledge and a life-long passion for music led to the production of PMC’s first product, the BB5-A, an active main studio monitor. This design was snapped up by the BBC Maida Vale and Metropolis Mastering and remains the world’s reference, used by Prince, Stevie Wonder’s Wonderland Studio, Hospital HDTV Broadcast London and for renowned classical labels such as Decca and Harmonia Mundi. Many of today’s movie themes have been crafted using PMC, from such eminent composers as Henry Jackman, Thomas Newman, Tyler Bates and John Debney.

PMC are one of the very few companies who have been awarded an Emmy® for their contribution to recording excellence. With film, it would be easier to list the blockbuster movies which did not use PMC during the process of music production and post! But titles include: Titanic, Mission Impossible, Captain Phillips, Pearl Harbor, Game of Thrones – TV, Iron Man 1& 2, Skyfall, Spiderman 1,2,3 and Pirates of the Caribbean and many many more.

PMC reigns supreme throughout the leading mastering houses, broadcasters and much of the professional world.

We believe a good loudspeaker should be able to relay the purest intentions of the artist without colouration – The ideal solution for both studio & home.

Prism Sound has been supplying high quality analogue and digital studio products for over 30 years. Prism Sound products are specialized and performance built for the most discerning in the industry where conversion transparency and clarity is absolutely critical to their work. What you put into a Prism Sound converter is exactly what you get out of it.

PSI AUDIO active studio monitors are amongst the most desirable true reference speakers for stereo and surround sound applications. Using 100% high tech analog technology and completely designed and manufactured in our workshops in Switzerland, our complete range of speakers is the most transparent and accurate on the market, making them the ultimate reference for sound purists. Whether you are working as a studio sound engineer in recording, mixing, mastering, broadcast or post production, you will be blown away by how faster and better you will work with PSI Audio products!

SADiE has always excelled in scenarios where reliability and robustness are paramount. With workflow being the main source of inspiration behind the design and structure of SADiE, many of the world’s top mastering facilities trust in SADiE to perform at the highest level; due to its ease of use, bit transparency and its tailor made features for audio mastering.

The Sonnox design team traces its heritage back to the 1980’s, to the development of the legendary Oxford OXF-R3 digital mixing console. With a base price of $1 million, the OXF-R3 was installed in major recording studios worldwide, and became widely accepted as the first ‘musical’ sounding digital console.

A new group is being formed within AES to provide a forum for professionals, researchers and innovators to discuss developments and requirements related to mastering audio.